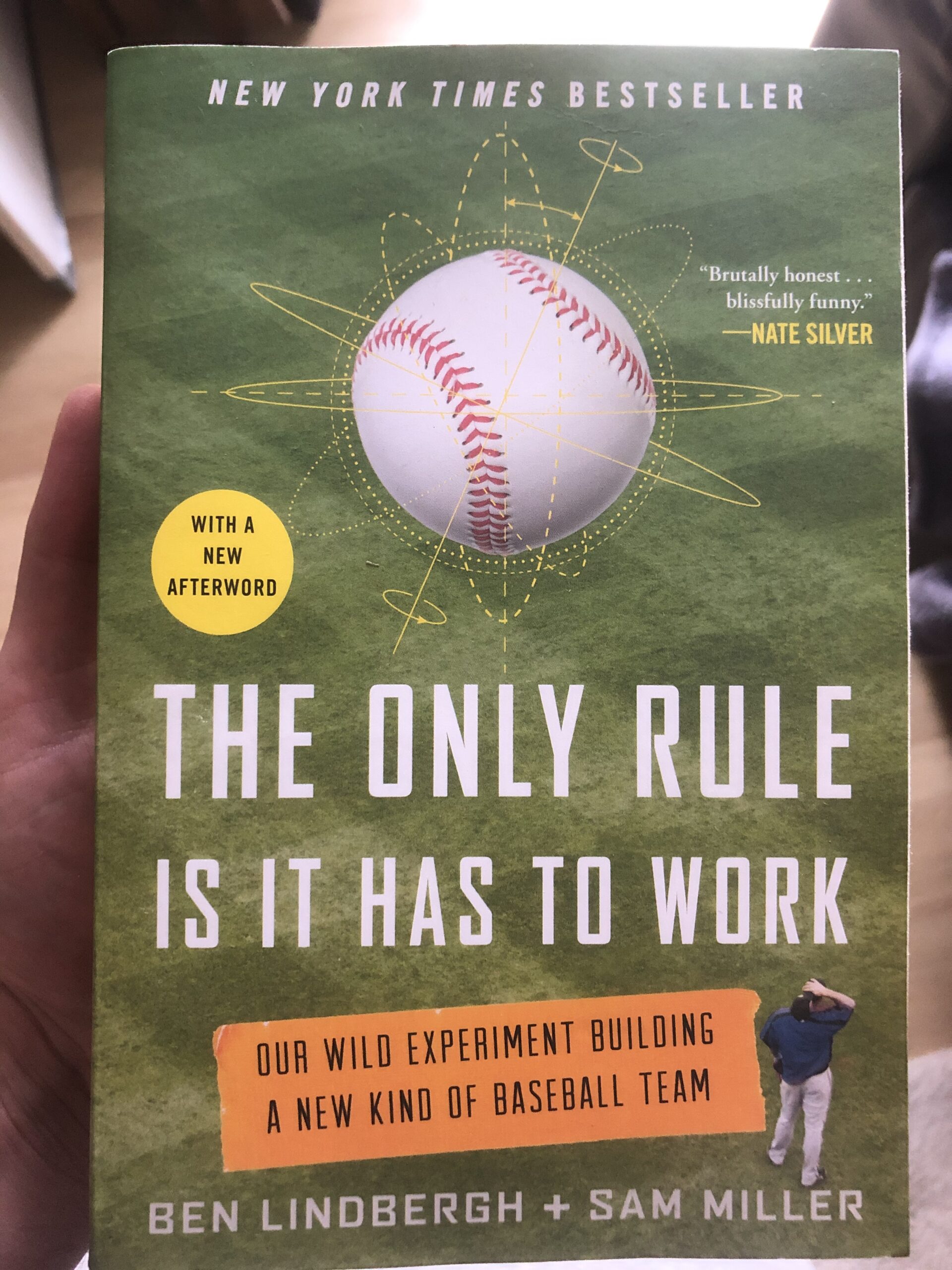 Book Review: The Only Rule is it Has to Work

The Only Rule is it Has to Work

This book transcends being just for sports analysis nerds. It would be quite applicable for people in business and change management.

Although it does transcend sports analysis, a bit of knowledge of baseball would make this book a more enjoyable read. I found myself googling a lot of baseball terms and I would consider myself to have a remedial understanding of baseball.

For the sports analysis nerds among you, yes this will tickle your fancy but it would be low level on the maths side.

This book follows and journals 2 “Stat Heads” who try to integrate analysis and statistics into one of the lowest levels of professional baseball. The Sonoma Stompers get access to some professional level analytics equipment and information.

Seems like a dream come true for the Stompers but what this book is really about is the change management. There is a resistance to change in any organisation. In an organisation that is fuelled by people passionate about a sport that they have played their whole life, some specky nerds coming in telling them that they’re doing something wrong doesn’t go down so easily.

Authors, Ben and Sam do a chapter each giving the emotional side and practical challenges that come with change management. It gives you an insight into the frustrations of their relationships, even at times with each other.

I found this book very intriguing from an analysis and business point of view. I’ll start with the business point of view. In this case, Ben and Sam sat above the head coach. This is such an interesting dynamic where in Europe the person dealing with analysis almost exclusively work below the coach. An exception to this is probably Brentford FC, which is described in the next book review – The Expected Goals Philosophy.

From an analysis point of view, it was the reality of moving from an idea to paper to on the pitch that was most interesting. Despite the dynamic of Ben and Same being above rather than answerable to the coach, they still had to be careful when approaching a subject with the coach. In the early stages of their relationship there is little difference compared to how a European Analyst-Coach relationship would work. The dynamic that was different was that if the advice was ignored that wasn’t the end of it. Ben and Sam had the power to execute their idea on the back of their roles despite a coaches protests.

You become empathetic with their frustration as you read the book.

Critics of sports analysis often cite the lack of the human or emotional element in decision making in analytics. This book shows that human side, how much that analyst has had to toil over firstly challenging their own beliefs before even having the confidence to approach a coach with an idea and then getting that through the next hurdle of the coach which is still a hurdle short of the idea reaching the athletes and the field.

Yes. You should buy The Only Rule is it Has to Work. It is a very readable book and depicts the emotional side sports analysis very well. It is a great follow on from reading Moneyball.