The company started from Brian Fitzpatrick working at a professional rugby club. Brian assisted loan clubs to help them improve how they use analysis. He loved collaborating with those enthusiastic coaches and clubs but saw some inefficiencies in how they used video and analysis so he decided to set up a business to help them. 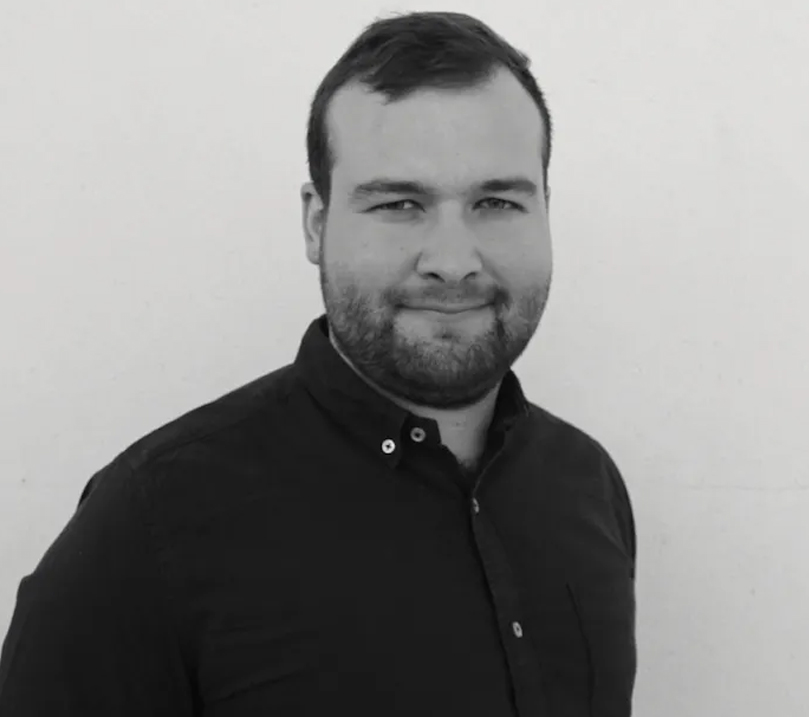 Brian Fitzpatrick’s expertise derives from over a decade of working many teams across a variety of sports and levels in Ireland and the United Kingdom.

Brian has always been passionate about sport and whilst studying a Sports Science Degree in University, he completed his dissertation with the Welsh Rugby Union in 2014. This investigated the intervals between high intensity activities in tier 1 rugby internationals which led him to take an internship in Ireland working closely with many of Ireland’s biggest teams, including the Dublin Senior Hurlers.

Brian then accepted a role with the London Irish Rugby Club as the Academy Analyst. During this time, Brian was part of the U18 premiership winning support staff in his first season, before being promoted to Academy Analyst and Administrator.

There’s a bit of a story to why BF Sports Analysis works the way it works.

We’ll start at the beginning, as my dad found some old copy books of mine while he was clearing out my old desk.

This chapter will tell the story of how I (Brian Fitzpatrick) developed my love for club rugby and analysis.

I started playing rugby at Suttonians RFC U8s after returning to Ireland from Poland where we lived for 3 years. My dad coached us and I was rubbish. I was terrified of tackling and wasn’t much a fan of the cold (still amn’t).

My dad had a rule that everyone had to score in a game of tag before someone else could score twice and I eventually got a bit of confidence from that! As I found my love for the sport, I then went on to captain a lot of the minis and youths teams in SRFC.

As my confidence grew, I wanted to emulate my uncle Mick in playing for Ireland (1978-85).

At this stage, I was a complete rugby nerd. My weekends involved waking up to watch the Super Rugby at 6.30am, play rugby for Belvedere College late morning and watch Suttonians in the AIL in the afternoon. Sunday I played a match for Suttonians often followed by a GAA match for Scoil Uí Chonaill.

The level of nerd took a new dimension by the age of 16 with me studying Sports Science on the side, coaching in Suttonians (U6,11,16 by the time I was 18) and gaining IRFU level 1 and CCCC badges.

I was documenting everything from my training, the angles of kicks at my own kicking sessions, opposition analysis without video, gym sessions and my diet. Definitely a paralysis by analysis which I’ve learnt from since!

I was also elected to the executive in Suttonians as U23 representative. Although that was only a short stint as I had to leave to move onto my chapter abroad.

The second chapter of why BF Sports Analysis works the way it works is about my time abroad.

I am lucky enough to have played for rugby teams in 5 different countries; Ireland, New Zealand, Wales, England and the USA. Tapping into these different cultures, ideas and mindsets has influenced the way we go about our analysis. We don’t just use video and numbers to form our opinion, we take these personal experiences to create diverse insights and more rounded conclusions.
My time abroad in Uni in Wales also was the first time I discovered Performance Analysis as a career. I completed my dissertation in conjunction with the WRU about what are the ‘worst case scenarios’ physiologically for players to inform their match replication sessions for non-selected players.

In doing that dissertation I worked hard to get a first class honours. When it comes to something I’m obsessive about, I can thrive with relatively less effort than something that doesn’t pique my interest.
This is why at BF Sports Analysis, we often over deliver for our clients due to the genuine enjoyment we get from our work.

“Do something you love and you’ll never work a day in your life” – Marc Anthony
…this is a lie but it does make it a lot easier!

Unpaid Internships and over selling

Chapter 4: Focus on player development and the founding of BFSA.

Working in professional rugby was definitely the place where I learnt most about analysis. Heading up the London Irish academy analysis, we won the academy premiership in 2016 which was a great moment from some hard work with some great people. I learnt a huge amount working from some highly skilled coaches who went onto coach at premiership level in Nick Kennedy, Declan Danaher, Paul Hodgson and James Lightfoot Brown among others. I also got to work next to some serious operators in Brendan Venter, Clark Laidlaw and George Skivington among others.

One of the big things you learn working in an academy was focusing on using video analysis for player development rather than assessment of performance. Something BFSA targets to this day is we judge ourselves on outcomes on the pitch, not just how good our stats are displayed on a sheet.

The club went through a crazy period with the first team getting relegated and then promoted back to the prem in my 2 season there.

In my second season, I began working with loan clubs to help improve how they used analysis and reduce duplication of work. This work of improving analysis departments was one of my favourite parts of my job setting up clubs for long term success.

This is what BF Sports Analysis was born from, the enjoyment of that work and that clientele of semi-pro/high level amateur teams.

Chapter 5: How Playbook happened & the psychological impact of analysis

This chapter is about my time with Poland Rugby.

This was a blank canvas opportunity to mould the analysis the way I envisaged, which was a very direct analysis method with a new coach & limitations on time compared to the academy I was in before.

Given the language barrier & the new attack system, it made sense to use what I now call ‘BFSA Playbook’. This was the most visual & direct way to get our message across to the players.

In Poland, I learned how effective & valuable animated playbooks can be, particularly in a situation with low prep time. This is why BFSA Playbook has become a central part of our services.

“It’s not what you say, it’s what they hear”

After losing our first 2 games of the season we were to play Portugal who were 11 places ahead in the world rankings.

In terms of analysis, we had to target this game psychologically and analytically.

On matchday we built more confidence by showing players a highlight reel of their last 2 games. We set it up by playing it in a dark room, minimising distractions.

Once the motivational video was shown, the captain stood up and stuck his hand in the middle to set up a huddle. It was extremely powerful. The players got directly on the bus from that meeting to the stadium.

We steamed ahead early in the game putting Portugal under pressure & taking a big lead. Unfortunately, this isn’t the happy ending you’re imagining as we got a red for a head butt & lost in the last play of the game.

Nevertheless, it was great to use analysis in such a way to impact players emotionally, positively & negatively in this case (over-performance/over excitement leading to a head butt).

At BFSA, we understand the impact analysis has psychologically on people. We help our clients use analysis to effect that positively.

Chapter 6: Golf and the role of the analyst

Golf has always been a big part of my life stemming from family history. My grandad won 10 All Ireland Medals as a player as well as Senior Cups and Barton Shields with Sutton Golf Club .

He was also the president of the Golfing Union of Ireland in 1983.

I think the sport where role of effectively an analyst is the best used is golf. I see the role of the analyst as similar to a caddy in golf.

The caddy is the right hand man of the golfer, helps him pick the right club, studies the course, knows your distances, knows when to let you trust your gut feel vs when to say something.

A good analyst helps you spend your training time wisely, helps you select and recruit the right players, knows your limits and knows how to help pick up a team or coach when they’re down. Which is what we do at BF Sports Analysis.

WHO WE WORK WITH 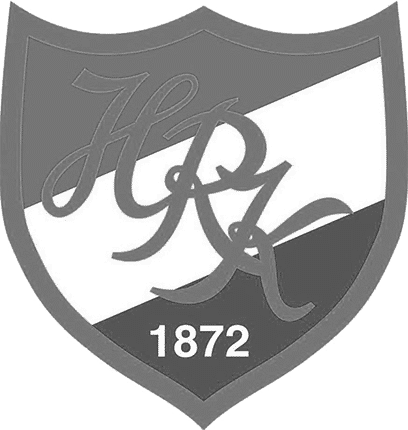 The Analysis reports supplied by BF Sports Analysis had a huge impact on how we coached the team thereafter and also allowed us to garner a better understanding of our team’s strengths, weaknesses and profile. I would strongly recommend BF Sports Analysis to any wishing to compete in domestic rugby in Ireland.

We were able to look at those stats and see that we were the highest out of BFSA clients and their opponents in certain types of defensive and attacking penalties, this allowed us to focus our training and messages on what we needed to improve on.

BFSA have an in depth knowledge of the game of rugby and are very astute in understanding what a coach wants in terms of analysis. Any specific request I made was readily accommodated and several other areas of interest were brought to my attention by BFSA which proved useful throughout the season.

The Analysis reports supplied by BF Sports Analysis had a huge impact on how we coached the team thereafter and also allowed us to garner a better understanding of our team’s strengths, weaknesses and profile. I would strongly recommend BF Sports Analysis to any wishing to compete in domestic rugby in Ireland.

We were able to look at those stats and see that we were the highest out of BFSA clients and their opponents in certain types of defensive and attacking penalties, this allowed us to focus our training and messages on what we needed to improve on.

BFSA have an in depth knowledge of the game of rugby and are very astute in understanding what a coach wants in terms of analysis. Any specific request I made was readily accommodated and several other areas of interest were brought to my attention by BFSA which proved useful throughout the season.

GET STARTED WITH BF SPORTS ANALYSIS