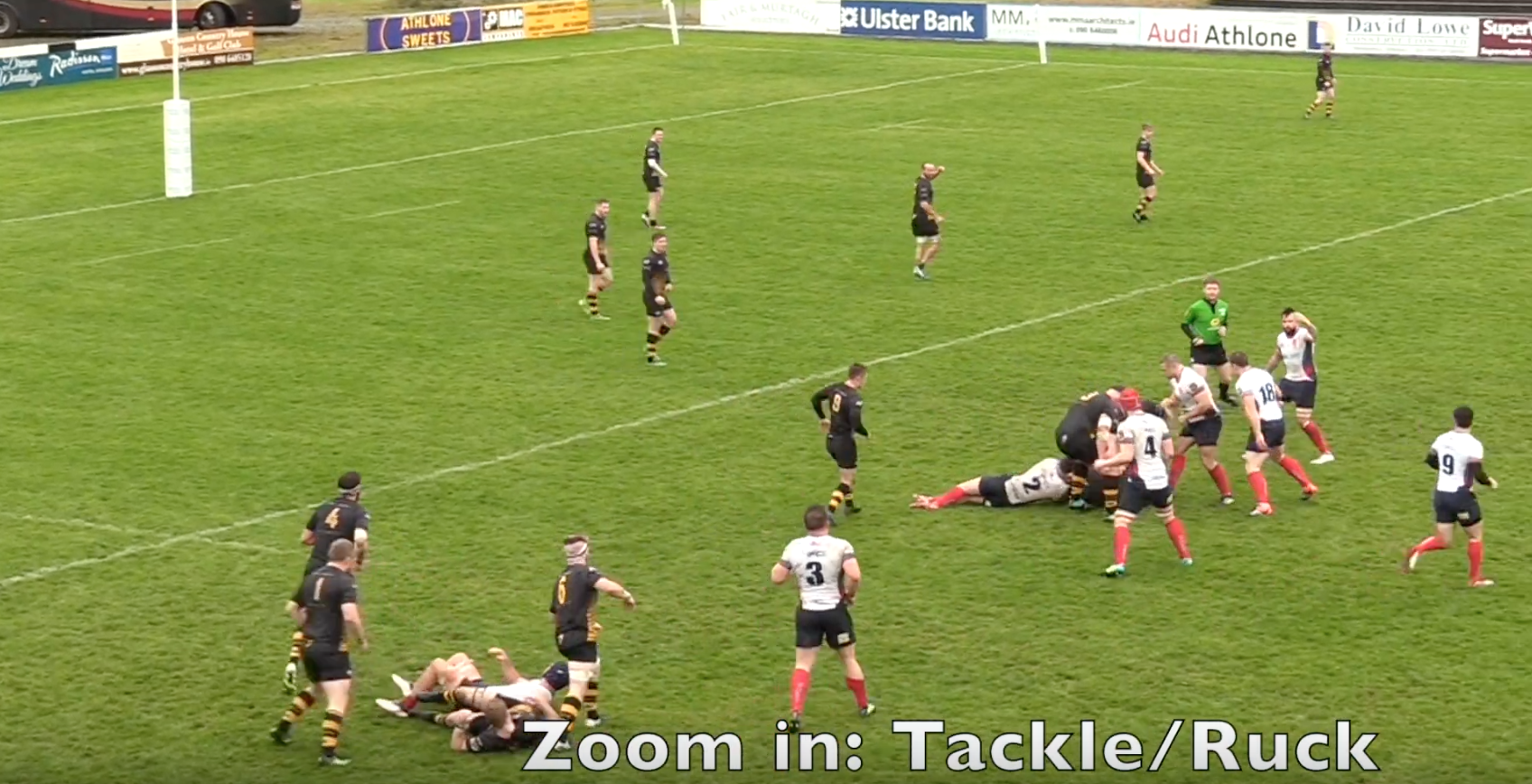 How to Film Rugby

By Brian_FitzpatrickDecember 7, 2018October 2nd, 2020No Comments

This is a video I use to begin training analysts or I send to clients if they wish to film their games themselves.
The importance of good quality footage can be underestimated. Producing a higher quality video for your players makes footage easier to watch and therefore they are more likely to engage with it and use it as a tool to develop themselves. Good filming quality also means you don’t miss anything in-match, allowing you to produce individual statistics or make sure you don’t miss someone’s best ever try or big tackle.
Filming rugby is not a hugely difficult skill, but with a bit of guidance and understanding of how to do it, you can reduce that learning curve of your cameraperson being zoomed in or out too much at given times and produce as good as possible image quality that your camera will allow.
Although this video is about filming rugby, it is easily applicable to numerous other sports.

As illustrated in the video. Getting above head heights means you are likely to be able see every player. If you can get good height, you can then advance to seeing the spaces between players. It will also mean that your footage that does not involve players or the ball is going to show more grass than sky which is more beneficial tactically for your team.
2.  Zoom in where the ball is not likely to move much 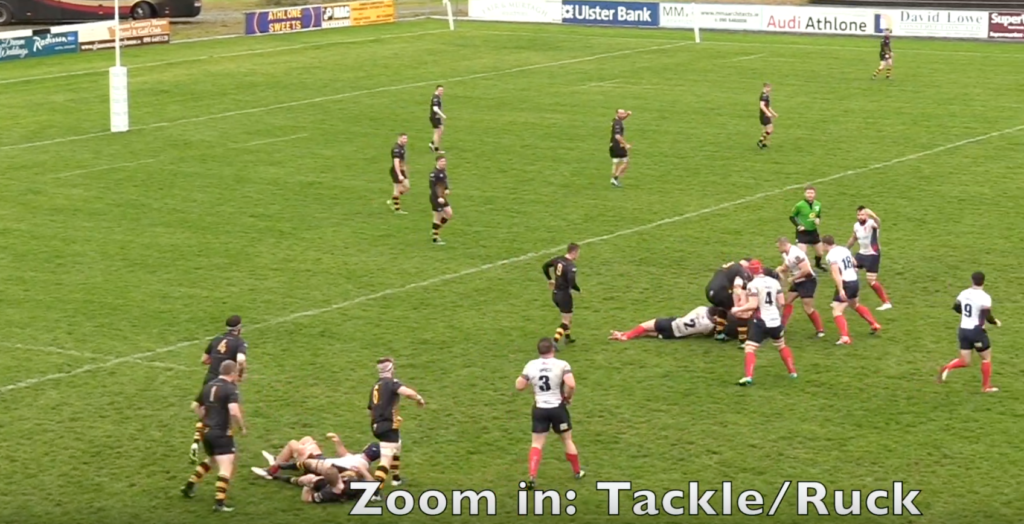 Where there is a tackle, ruck or set piece, to be able to identify players better and to be able to identify technical skills in these areas with more accuracy, zoom in on them. You will miss what is happening further away from the ball with this method but if I have only one camera, I find this method a lot more watchable.
You can look at getting a second camera on the same tripod that you leave zoomed out that can capture the wide footage.
In terms of how close, I used to do 3 players either side of the ruck in defence as a general rule although when I use a good quality camera and have good height this can be a little wider.
3.  Zoom out when the ball is about to move

When the ball is at the back of a scrum, a ruck is cleared or as the ball is being transferred to the scrum half from a lineout, zoom out. Ideally you want to see your first receiver in shot before the ball is passed so you can see how he receives the ball.
Beyond that, if there is a kick or line break, the information the viewers want is who is where. For this reason, zoom out even more.
4.  Look through the camera
It happens quite frequently with people filming their first few times or if they are distracted while filming that they will look at the game while holding the camera underneath their gaze. This has often led to the camera still pointing to the middle of the field while a great try has been scored.

There are other considerations as well such as if you have a 2nd camera or if you’re filming end-on instead of side-on but the principals remain.
Special thanks to my clients Buccaneers RFC, Athlone, Ireland who gave permission for their footage to be used in the video.

If you enjoyed this article and want to see more like it in future, subscribe to updates below on your phone or to the right on a desktop.
Don’t have a video camera: Read here
Need a tripod: Read here
Examples of analysis being used: Ireland vs SA 2017 (Use of Possession), Ireland vs Fiji (Technical – Breakdown), New Zealand’s Lineout 2018 (Statistical).