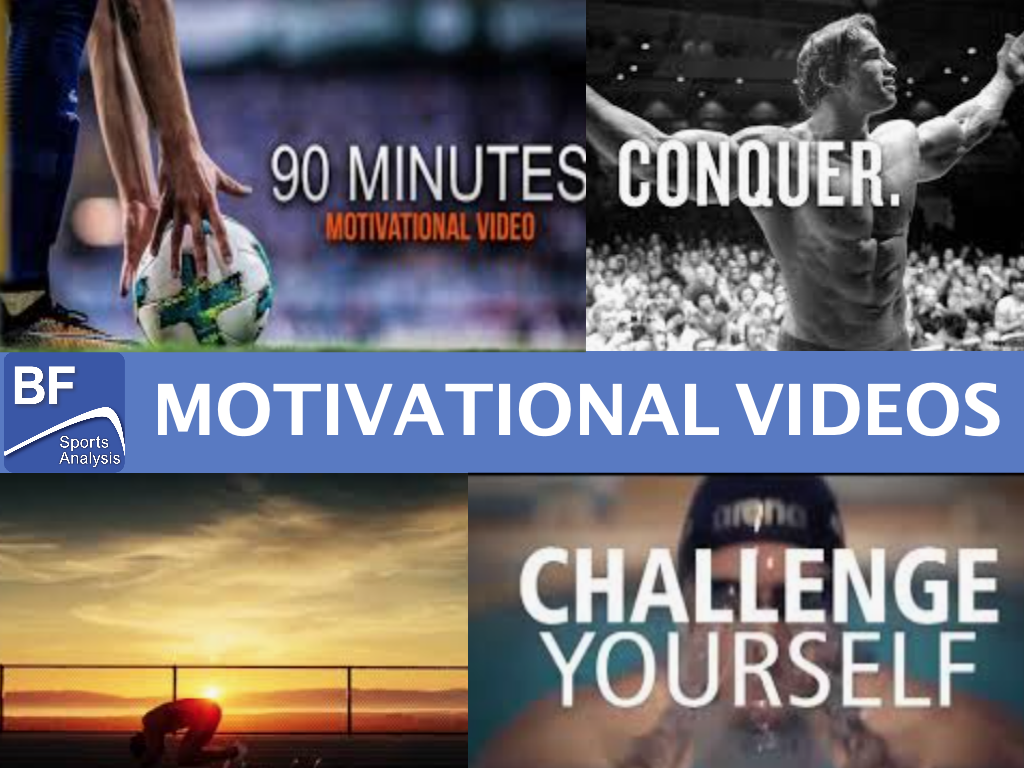 There has been divided opinion on whether Irish Soccer Teams’s use of a motivational video before the England game was a good idea.

“Why do Ireland need extra motivation against England of all opponents?”

“There is no evidence in sport psychology that they work”

“What do political stories and goals from 30 years ago have to do with beating England at football?”

There is some validity to these questions and statements but I’m sure coaches across sports raised an eyebrow when the use of motivational videos was called into question when the majority would have used them at some point or another in the past.

The players are not robots. They don’t just receive an international jersey or payment for their performances and their anxieties or motivations become a constant. Motivation fluctuates. As a manager, it is your job to recognise if your player’s motivation/arousal etc… is at the appropriate level. Sometimes you need some external motivation to increase that arousal, sometimes you want to decrease it.

The fact it is against England, may or may not impact your motivation depending on the individual you are. What is constant is that this season, has had a gruelling fixture list with the end not in sight. Players are likely fatigued from the fixtures, travel and the COVID measures.

The lack of evidence in sport psychology that they work is simply incorrect. Research suggests motivational videos improve performance. Jenkins, Morgan & O’Donoghue (2007), Barwood et al. (2009), Damali (2014) and Hagiwara et al. (2019) support the use of motivational videos in a sporting context in both quantitative and qualitative research.

The use of the political/historical narrative and videos of goals from 30 years ago is more the discussion point. There doesn’t seem to be any research in this area directly in the improvement of sport performance. The idea behind this, is covered in psychology through what is known as self-efficacy, which is in itself is basically confidence. One strand of achieving self-efficacy is through “vicarious experience” or simply put – seeing others achieve a task. The more relatable the others are, the easier that transference. Think of you probably saw someone else do 10 solos with a football, kick a ball over the bar from a certain distance or swung a golf club. After seeing this you would have been more motivated and confident that the skill was possible. 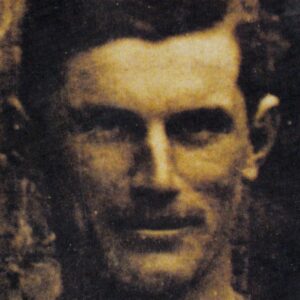 In this case, the relatedness was in Ireland beating (or drawing) with England, Ireland sticking it up to the favourite. The point was to instil belief that it can be done in a team with low confidence who had underperformed and not scored a goal in 4 games or were on the cusp of not winning a game in a year.

The use of storytelling and drawing parallels from other tales has long been used in sport. The use of political references and goals from 30 years ago could have plenty of relatedness and parallels with today. The point possibly being how much this means to people by showing the celebrations post Tony Cascarino’s goal, in the context of the no crowds at a 90,000 seater Wembley Stadium. This will have been done with the idea of creating something bigger than just a team. This is something you often hear top coaches discuss when attempting to create a strong culture, something the FAI desperately needs. 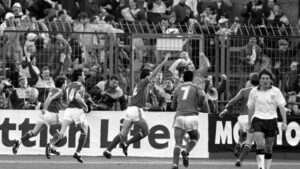 Celebrations after Tony Cascarino’s goal vs England in 1990. Credit: Inpho.ie

The shared experiences and enjoyment that these players can often undertake together such as a night out after a match, tourist activities and rounds of golf are possibly not available. Motivational videos are a powerful shared experience that players can have and are enjoyable. Creating something like that is exactly what an Ireland team would need in trying to build cohesion in their disrupted start to Stephen Kenny’s reign.

There is certainly potential to cross a line in the political sphere and that is something we don’t know if Ireland crossed yet with no access to the video. But the use of historical or political footage in itself is not necessarily negative, particularly in what should be an in-confidence environment of a dressing room.

If you want to learn more about the use of video to improve sport performance, check out our online workshops or sign up for our mailing list below.