When people picture the outcome of an analyst’s work, they think of something like this. 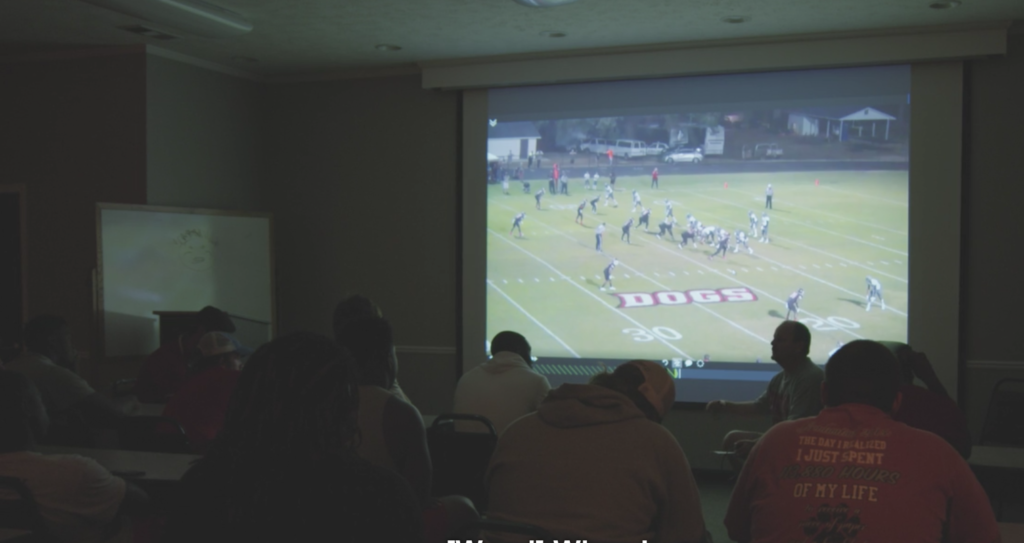 credit: Netflix/Last Chance U
Most reading you do around youth and player development coaching sits in stark contrast to this picture. The way a lot of coaches at youth level do this is by asking questions of players, setting up challenging environments and games that force players to think.
So how should analysis and video be used to aid player development?

Measuring vs Improving in Player Development

Working with deveoping athletes often means that you are not searching for that last little % to improve. You know they are developing and often both you and the athlete know exactly what it is that would improve their game.
Luckily this means you can spend less of your analysis time on data collection and more of it on using your time on the Analysis and Feedback elements of your Analysis Process.

Like much of coaching literature and writing, video analysis can be a great tool to develop athletes as self reflectors and thinkers. Video analysis gives players time to see and understand things that they simply can’t while focusing on their game in a match or training. Often “The Freeze” technique, where a coach stops play and asks questions, in coaching is considered a great coaching technique for allowing players to reflect and reconsider what they’re doing in that moment. Video can allow that to happen at any given moment.
Athletes often love their sport and are confident talking about it. From my time working in London Irish Academy, we used that as a way to develop players outside of sport but using sport. We would get players to present on rugby, initially in bigger groups 7 and 8s, before whitteling it down to 2s and 3s and finally letting players present their own work at times.
The first time this writer had lead a presentation was in university, the players we worked with now will have had that experience of standing up and presenting, thankfully with a topic of their own sport that they have been playing and watching for many years compared to the topic of a module I would have began studying 6 weeks before and worrying about how I would be marked for that presentation.

Analysis can be motivating or demotivating. At the National GAA Performance Analysis Conference 2018, it was shown that 20% of Inter County GAA players fear Video Analysis.
As Denise Martin mentioned at the conference, when a person is fearful, their brain goes into survival mode, this shuts down the reasoning and problem solving part of your brain.
Analysis should be enjoyable. It should generally be positive and I think language is a hugely important part of that. “You need to chase harder there” vs “What could happen if you chased harder?”, “You need to work on your fitness” vs “How good can you be if were a little fitter?”. These questions, they’re not yes/no answers, they’re questions that could make an athlete stop and think and imagine and visualise positive scenarios.

You can motivate players without language. Highlight Reels can get players psychologically and physically excited leading to improved performance.
For example with the Poland National Team before we played Portugal 14 places above us in the World Rugby Rankings, we made a video showing their best bits of play with some high tempo music over it that they were to watch just before they got on bus to the Stadium. We set this up by discussing Portugal’s Strengths earlier in the week, where we needed to be strong and trained appropriately for that. Earlier on the day of the game we showed the players Portugal’s weaknesses and how we would target that. Feeding into the motivational video that had the players motivated and believing in themselves maximally through the use of video and making those meetings short and enjoyable. 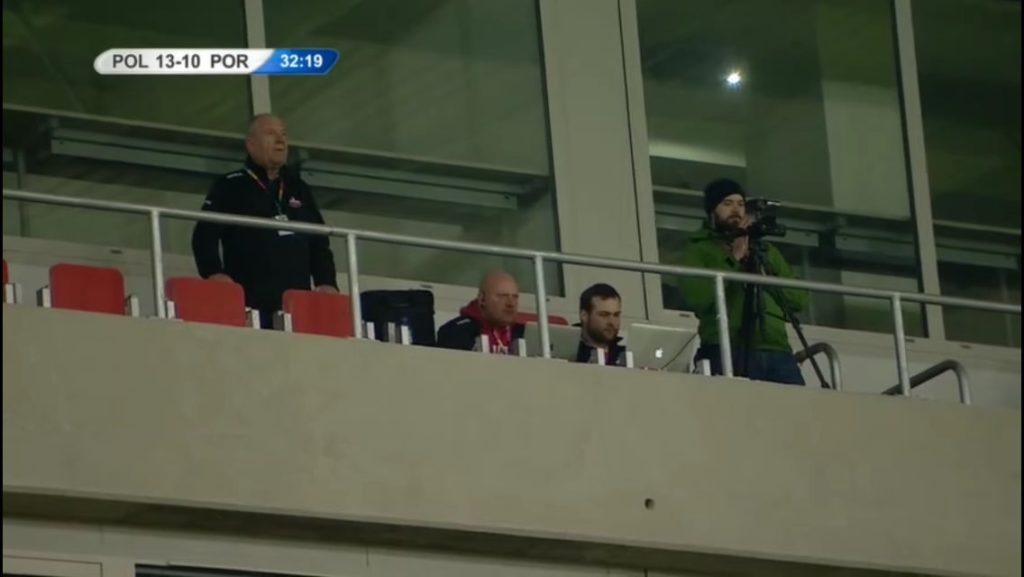 When discussing self-reflection of video analysis. People see self reflection as a time to become insular, someone meditating for example.
This works for a lot of people, as an analyst or coach I think it’s important for you to encourage different methods of self reflection from your players and help them discover what is for best for them at different times.
There are times for certain personalities to watch the game on a projector in a dark room by themselves taking notes and there are other times for players to watch together with a pizza on a couch such as at the start of the season when you’re trying to blend new players into the squad or on tour.

When it comes to player development, you can get a lot more creative in what and how you use analysis and video than you can purely measuring performance.
Some players/athletes love nerding out on analysis, others not so much but tailor your analysis sessions to be enjoyable and allow the players to express and improve themselves the way coaching literature encourages and you can really reap the benefits.

Want to learn more about developing players in youth rugby using video analysis? We run courses on this topic.

If you liked this article, you’ll also likely enjoy the article on Player Led Analysis and this article on a quick method of data collection for analysis. For more analysis content, please subscribe below for phone users and to the right for desktop users.