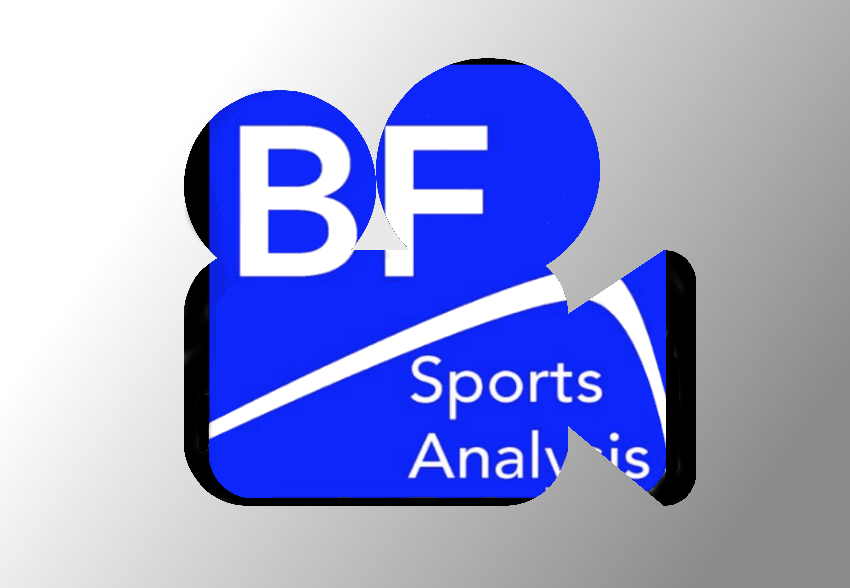 What Camera Should I Buy for Filming Sports

“What camera should I buy for rugby/football/hockey/basketball/hurling?”

There are numerous aspects to consider when buying a camera for sports analysis. This article will take you through some of those considerations and some suggestions for purchasing at the end.
Budget is typically a primary consideration when buying and I have discussed this in the last paragraph if you want to skip straight to there!

Battery
An 80 minute rugby match typically lasts 1 hour and 45 minutes from the blowing of the first whistle to the last. Ideally, you want to record the game, the whole way through. We’ve all experienced the game where someone forgot to press record while starting and stopping and missing the best play of the game. Also, if you ever get to the stage of wanting to put 2 angles together, it is much easier to sync them both up once instead of multiple times.
Typically a standard issue battery with a video camera lasts about 2 hours. When recording sports, you will likely be zooming in and out a lot which reduces battery. After time, similar to a phone, the battery diminishes. You could also record 2 games back to back or on a day long competition which will require more battery.
I am a big fan of extended batteries, the logistics are the exact same as they normally are and just alleviates the sweats you get as the battery turns red while filming. 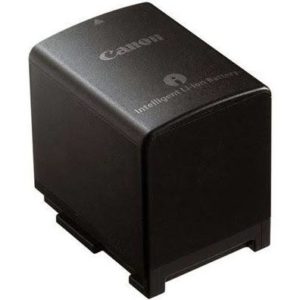 Another option is having access to a power source and charge the camera while filming, which of course is a good and potentially cheaper solution. A downside, at an away game you are relying on having a power source available which depends on the locations you play at.
Extended batteries are specific to the camera they are for, so check this on the specs of the camera before you buy.

Image output
1080 vs 720. Lots of cameras output in both. 1080 with all else equal, records a higher quality of picture. The primary downside for recording in 1080 is that is the file size increases. For a rugby match 1080 gives a 8-10GB file, 720 gives a 2-4GB file.
1080 can often output in ADVC which makes it more difficult post use, particularily saved in different files. You have to access the video file withing ADVC and save it to your laptop.
With a DCIM (iframe), you get .mp4 files which can view on your SD card as you do any folder in your laptop and allows you to stitch the files together straight away.

Inputs/Outputs
Simply, it is recommended that you purchase a camera with a SD card slot, 90%+ video cameras will do. This is the easiest and quickest method for you to transfer video from the camera onto laptop/desktop. 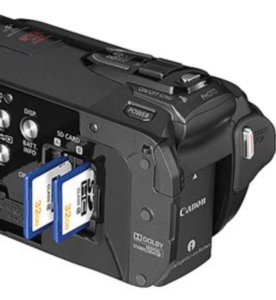 Another note on SD cards is to get faster ones, typically 10mb/sec or higher (also known as class 10). This will just save you a lot of time and is well worth the minimal price increase.

As well as the SD card for post production, there is other inputs and outputs for your camera that can allow you to do things such as bring in audio for an external microphone or to record the game live into your latop. Don’t worry about this too much if you have no intention of doing live analysis or taking in audio from a different source than directly from the camera.

AV
AV output is for inserting a microphone for sound into your footage or for transferring video with sound out of the footage live. Transferring out of the footage live is not as simple as just plugging it into a laptop unfortunately. Doing that requires use of a capture box such as the Canopas ADVC110, although doing this with an AV cable would be the more dated of methods used due to the inability to get HD footage and the extra wires being a nuisance. Similarly there are more advantageous methods for outputting sound but they come at a higher cost.
SDI/BNC connection
A standard definition cable is the most common cable analysts receive from TV companies at fixtures, you can also get it on your camera.
Obviously it is not high definition but physically, the cable is the most durable with its spin and lock mechanism as opposed to the in-out of other sockets. It does not lose quality with distance as a HDMI can.
HDMI/mini HDMI
Most new cameras now will have either of these outputs. The advantage of this output is obviously the ability to take in higher definition footage.
With both the SDI/BNC and HDMI connections, you will need a capture box such as an Avermedia (HDMI only) or Blackmagic (Outputs with apple thunderbolt) to convert the footage to directly feed it into your laptop.

HD-SDI is the level up combining both the above benefits. Although it is expensive to find on a camera.
XLR
XLR is an audio cable that for wireless audio systems is superior to AV. It receives far less interference and therefore produces higher quality audio content with your video.

Image quality
If you google camcorder image quality, it is quite difficult to come up with an answer as to what effects it.
The sensor, is the element with the biggest effect on image quality. Unfortunately, similarily to computer processers, you can’t put a number on the quality as sensors are made by name. Typically for sports analysts, CMOS is the most advanced sensor in use. There are different levels such as Full HD CMOS or Pro CMOS of the sensor which vary in quality.
You’ll find you have to go into the advanced specifications to find information on the sensor used as it is not easily marketable for retailers.

Depending on your sport, you could be zooming in and out a lot. Typically in a sport on larger fields, where the ball moves a lot, you would typically zoom in and out more; hurling and Australian rules football for example. With sports such as Volleyball, you can typically pan to each side of the court so it is less important.
If you do zoom in and out a lot, or zoom longer distances, then it would be appropriate to consider the zoom magnification. Digital zoom is basically the sensors zooming in on the image, as you would on a computer. This is very much effected by the pixel size and the sensor as to how much the footage retains the quality.
Optical zoom is where the lens within the camera moves forward and therefore has less reduction in quality while zooming in.

There are lots of other elements dictating image quality such as image stabilsers and also zoom controls but typically, the more you pay the better image quality you get.

Budget
Budget for most teams is typically an initial limiter when deciding what camera to get. Good thing is, if you really don’t want to pay for it, phones these days do have great cameras and you can therefore use it free (assuming you or someone else already have a phone).
I really recommend against using a phone/tablet for a number of reasons.

Recommendations
A better cheap solution is to invest in a small camera as you dismiss the above disadvantages although you could get a worse picture. These small cameras typically come in at a price point of €100-700 new. I have personally never bought a second hand camera and have heard mixed responses to buying second hand.
An example of this camera would be the Panasonic HC-V180, a handheld camera that will suffice as an inexpensive option. There are not many extra features but it is available at a great price.

If you wanted to start looking at a higher quality image, optical zoom and few extra nice features then the panasonic HC-V770 has been a popular choice.

To get further improved image quality, getting a camera with a CMOS pro sensor is the next step. Canon’s Legeria HF G26 being an example. You have the option to buy an advanced mini shoe which will allow you to have XLR inputs for your camera for microphone input.

If you really want to go all out and get the crème de la crème, the Canon XF305 would be a nice one. It has all the described features such as the HD-SDI for the best quality of live analysis and XLR audio inputs, but the thing that notches up the price is because it has 3 CMOS sensors delivering a seriously high quality image. Also it has manual optical zoom for great long distance shooting. Although I honestly think at this stage you could spend your money more efficiently elsewhere and get a less expensive camera.
Have a camera but don’t know what tripod to get – click here.
Have all the equipment but don’t know how to film – click here.

I hope this guide gives you a better understanding of what you may purchase now or in the future. Technology is advancing all the time and I will try to update this article as much as possible. It’s always great to hear of any recommendations of purchases people have made, especially from those with similar needs.
If you found this article useful, please subscribe to my website on the right on a desktop or below on your phone and you can stay up to date with guides on how to set up your camera to do live analysis, discussions on various softwares and how to use all this information to improve your team or individuals.

*Full disclosure! This article contains affiliate links to amazon, meaning any purchases made through these links could incur a small commission to me at no extra cost to you.