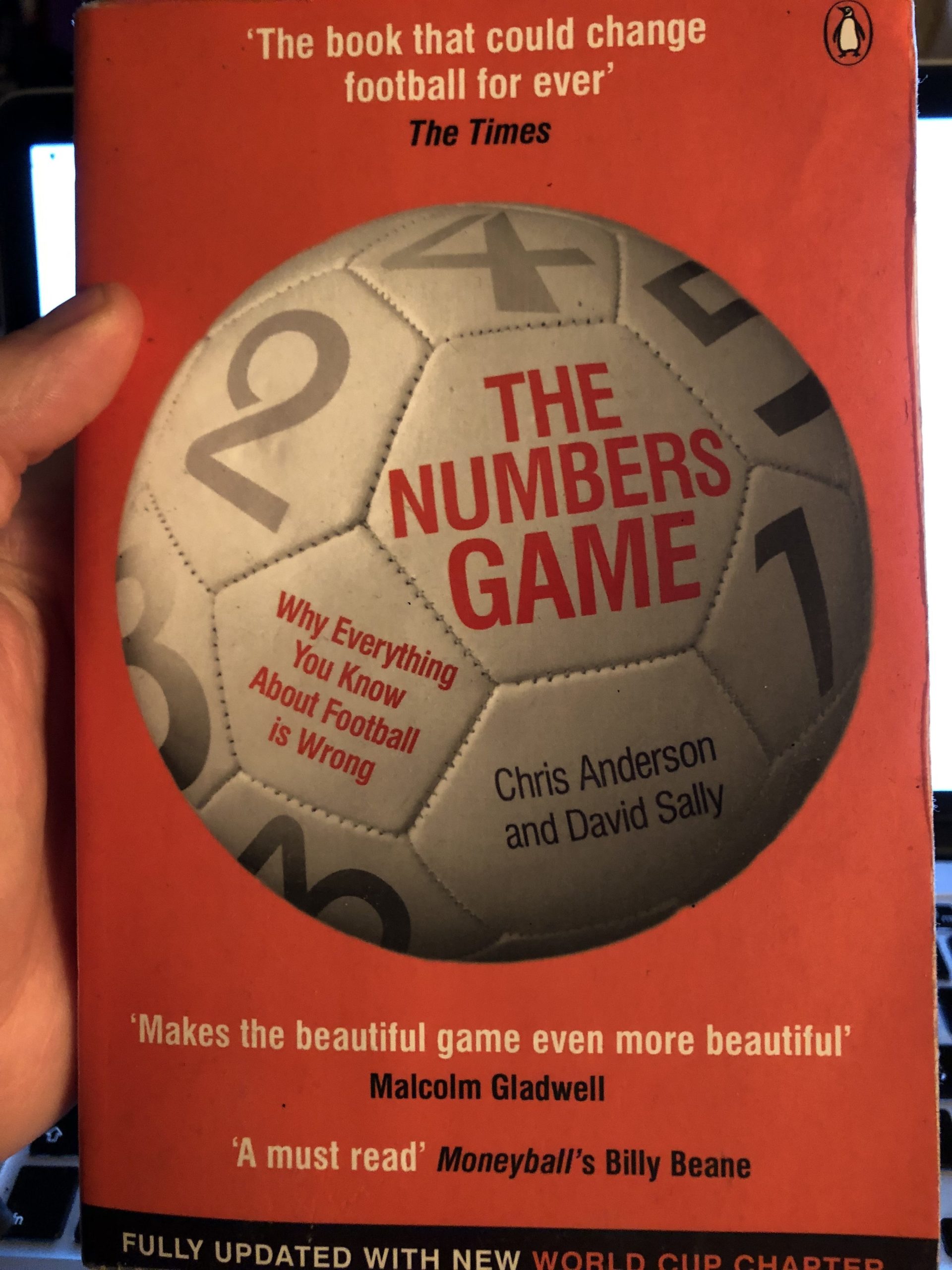 Book Review – The Numbers Game: Why Everything You Know About Football is Wrong

The Numbers Game is a book about Analytics in association football. It challenges commonly held beliefs held in the game and puts them to the test numerically. Do goals really win games/championships? How much of the game is down to luck? What is more important, your star player or your weakest link?

Who is the book for?

The book is targeted at anyone with an interest in football. It is directed more at fans than coaches or analysts.

What did you take from it?

It was an interesting read to look specially in analytics for football and how it can be applied or has been applied there.
There was some analysis history lessons in there as well with the discussion of Charles Reep and his contribution to football analysis.
I had an “Aha!” moment when they discussed the regression to mean and feedback relationship.

The other part I found extremely interesting was the discussion on Jaap Stam and Alex Ferguson selling him on, partly due to his declining number of tackles per game. Ferguson attributed this to him getting older and being less able, while the authors credited this to Stam’s improving positional sense requiring him to make less tackles.
The Stam discussion was part of the viewpoint that it is easier to identify something that does happen a lot easier than something that doesn’t. They also demonstrated this with an illustration that a “Q” is easier to find in a group of “O”s, than an “O” in a group of “Q”s.

I think this book is an engaging and enjoyable read and worth a buy.
The only thing I found somewhat unenjoyable is the almost condescending tone the book takes, starting with the title “Why Everything you Know About Football is Wrong”. The book creates heros and villains through out which adds a bit of colour, character and adds realism to it due to that but creates the condescending tone, much similar to Moneyball.
Overall Rating: 4/5


Thanks for reading this and hopefully it gives you a clearer view if this book is for you. More book reviews are due in the next few weeks alongside other articles. If you wish to stay updated on these, please subscribe to the website on the right on your desktop or below on your mobile device. Feel free to check out our other articles to read more about sports analysis, including examples on how New Zealand’s Lineout functions or what camera to purchase for doing sports analysis.

This article contains affiliate links to Amazon. This means if you click the link and purchase an item, I may receive a small (really small!) commission at no extra cost to you. This in no way impacted my product recommendations.