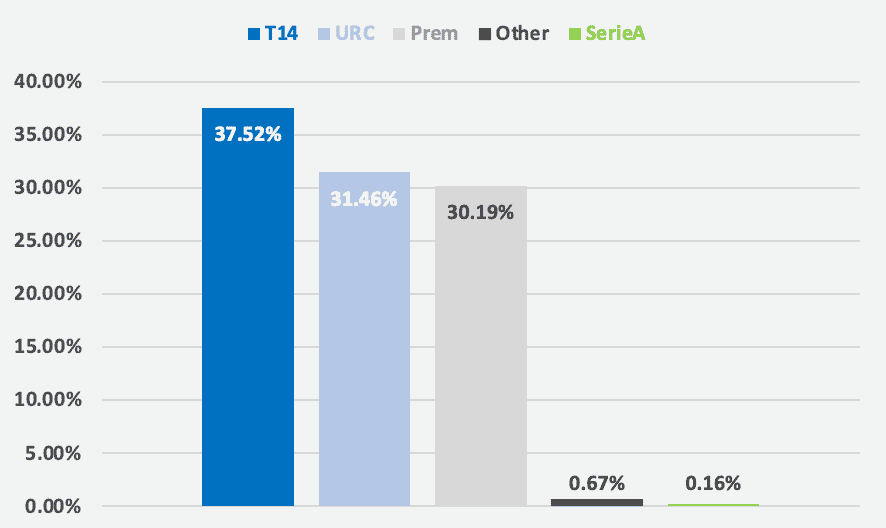 What if European Rugby worked on a UEFA co-efficient system?

I had a discussion with Ben Wylie before discussing the meritocracy of the seeding in European Rugby based not on performances in Europe but in their domestic competitions. Formerly before the change from Heineken Cup to Champions Cup, the seeding was done by previous European performances.

I thought it might be a nice exercise to explore European Co-efficient again as a seeding method but also to check out the relevant strength of each of the leagues in Europe and hypothesise a system that allows for qualification into Europe from tier 2 nations going forward.

I then did the same for the Challenge Cup before dividing their total by 1.9. Which meant the winners of the Challenge Cup approximately equated to a team that lost their Quarter-Final match in the Heineken Cup, which not being scientific, seemed fair.

One difficulty in this method has been that the format has changed in the last 5 years of European Rugby, with the largest influence of that coming from the COVID effected seasons. Given that, we changed the points total to % of points in a given year to make each season matter as much as another one.

Draws were given as win x 0.5 for clarity. 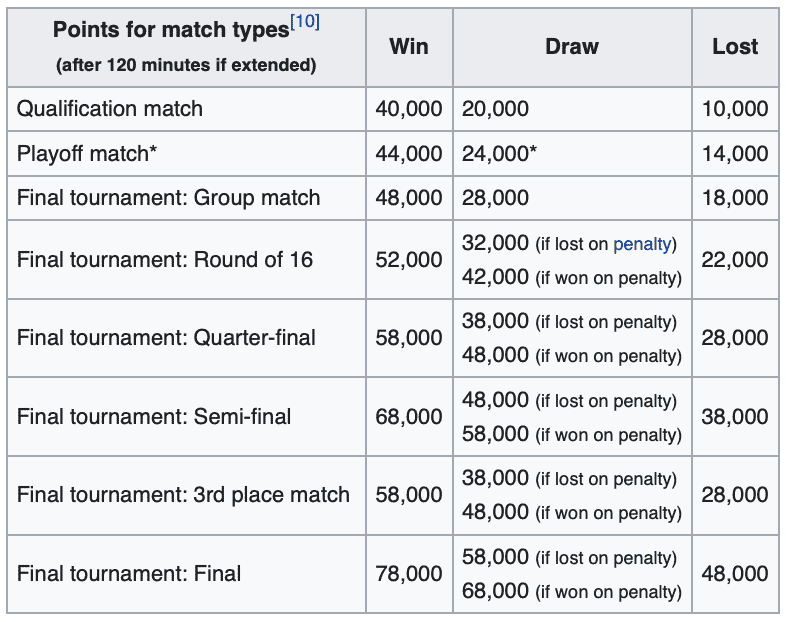 Who has the Strongest League?

Has it changed much recently? In the last 2 years, the Top 14 has became a bit more dominant in Europe while the URC has lost it’s share a little bit. The impact of the South African teams joining the European Competition will be an interesting addition to this equation alongside the reduced salary cap in the premiership. 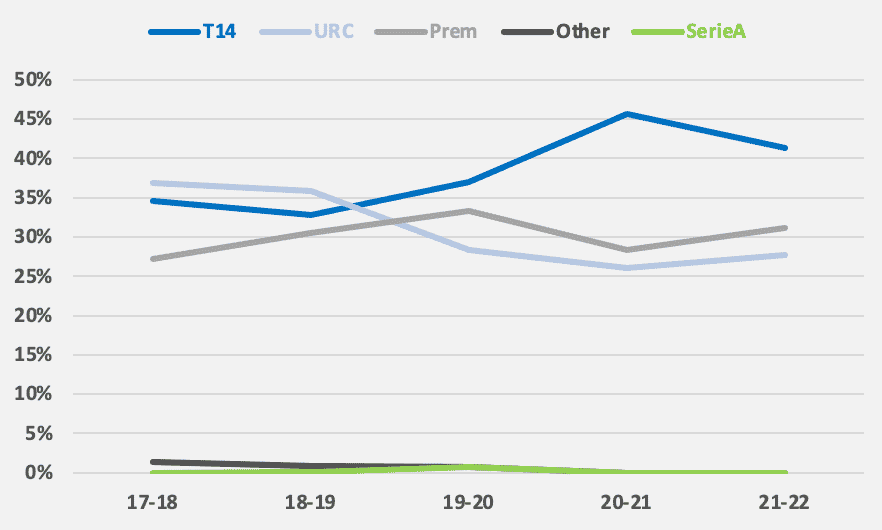 Who is the strongest Nation?

Figure below is total points, this of course supports bigger nations having more teams as having more points but that is normal in a European competition and in terms of qualifying, it allows us to consider how many teams each team should have in each competition. The slight change in numbers here is due to the removal of the teams playing challenge cup qualifiers who didn’t qualify for the tournament. 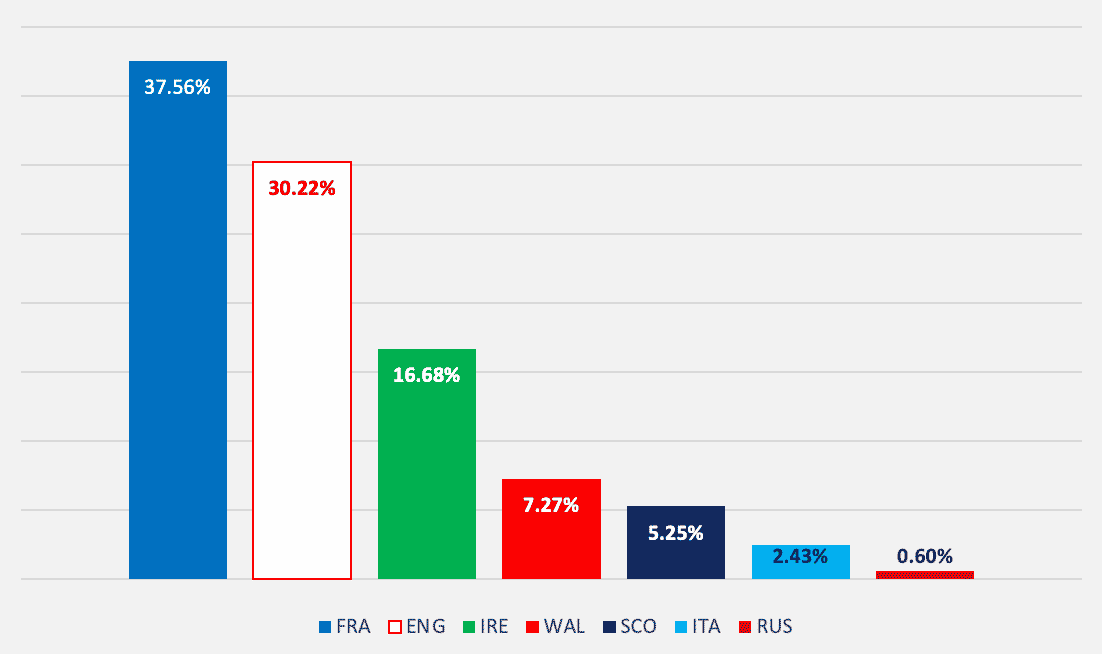 Here’s the average number of teams each team has had in the European Competitions over the past 5 seasons. 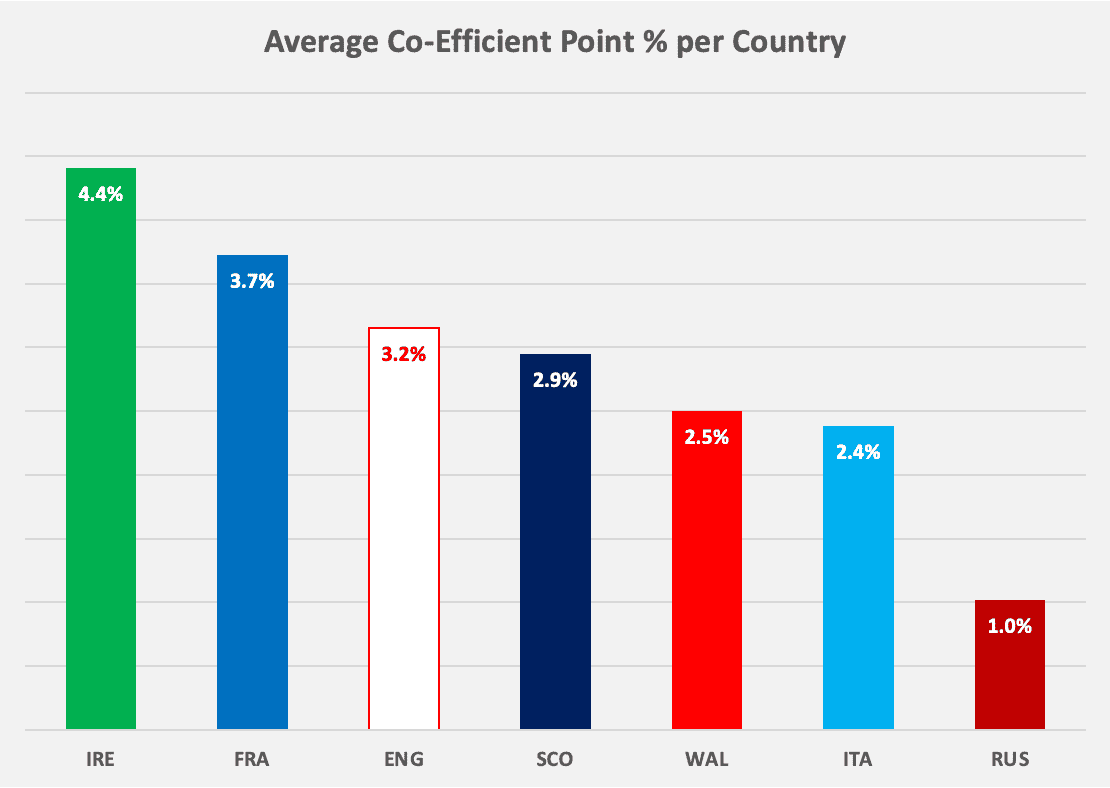 This country adjustment is showing per team that Ireland does the best. Interestingly, despite Top 14 having the strongest league, the Premiership has had the most teams in the Champions Cup on average.

Leinster have been the strongest team over the past 5 years using the co-efficient. 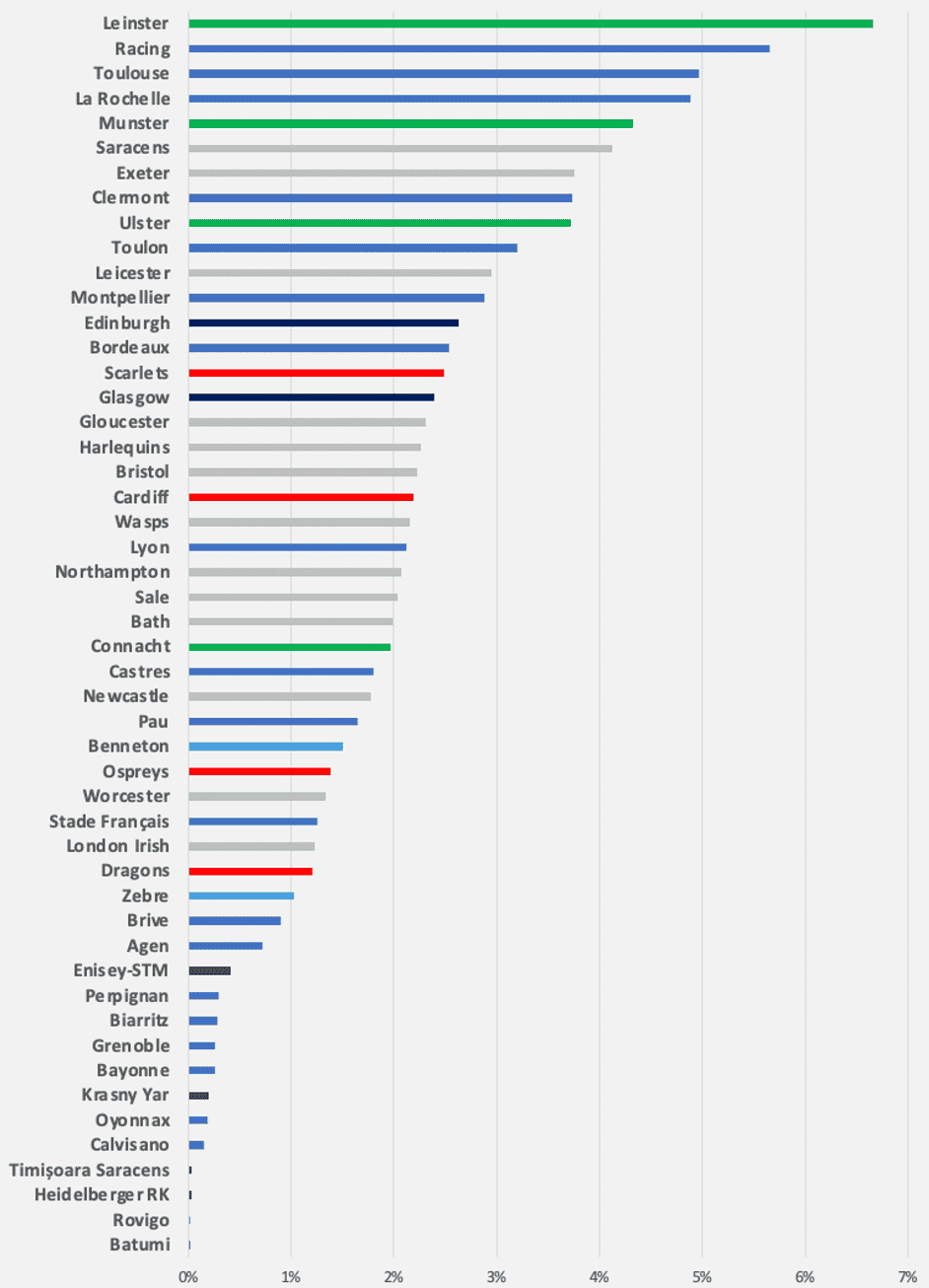 Using the strongest team to select seeding would also return a higher competition within European championships. At the moment when teams have lost 2 games, they effectively know they are out of it and will stop not using their top players to rest them for domestic rugby. With seeding based on European results, teams will know that winning a match will impact the strength of their opponents a few years down the line.

How would you distribute the places? 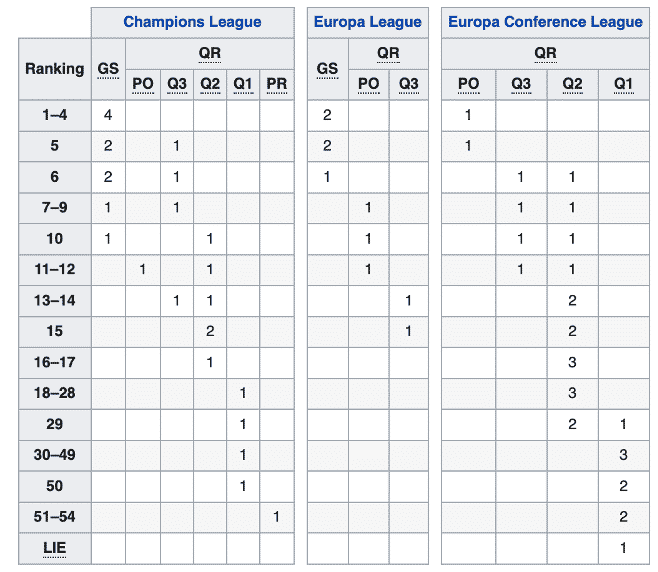 Here’s the UEFA equivalent for comparison.

There is certainly more complexity as always for rugby due to cross border competitions and the presence of leagues without relegation but have supporting Semi-Professional Leagues such as the Serie A in Italy.

The distribution of places would require more thought but certainly, I like the idea of rewarding leagues that put effort into Europe rather than sending their 2nd team to the away game in particular getting rewarded.

There is also scope to develop this co-efficient to include Points/Tries scored/conceded variable as well. UEFA does this with 501 points added for each goal scored and -500 for each goal conceded. I didn’t include that earlier for simplicity reasons.

The big element I think to be considered is creating a competition and pathway for any country who wishes to compete can at least have a qualifying match into a European competition, including teams from lowly Greece, Europe’s lowest ranked rugby nation of 37 in the world rankings alongside other non-ranked nations. There is potentially a role here for the Rugby Europe Super Cup. A potential further complication of this is do teams send club teams or more representative teams such as Jaguares in Super Rugby?

Either way, I believe this would encourage investment in rugby as those leagues can seek a path into the lucrative TV money of Champions Cup Rugby while building the support base of European Rugby for the long term. Given the cost of sending a rugby team to play these matches, it must be considered that teams should be able to opt out rather than spending the majority of their budget on travel at those lower levels.