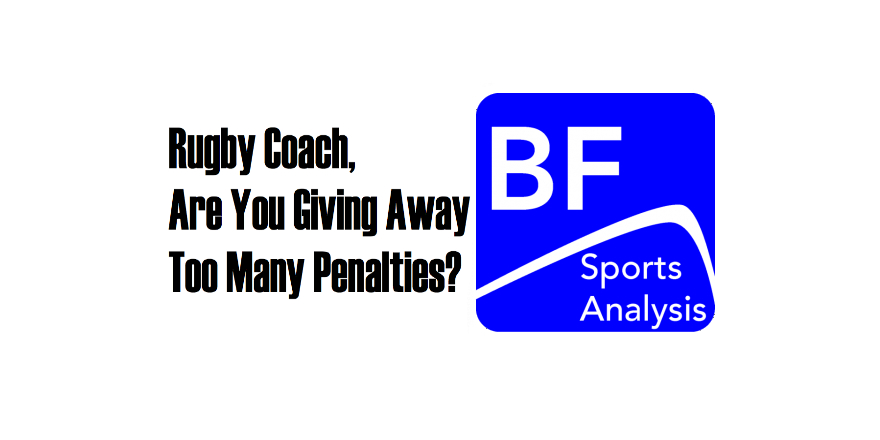 Rugby Coach, Do You Want to Give Away Less Penalties?

“WE NEED TO STOP GIVING AWAY PENS!”
Something often said on a rugby pitch at half time, full time and mid week before or after a game, is that we need to stop giving away penalties. In this article I’ll discuss how to impact this from an analysis point of view.
A question to ask is are you actually giving away to many penalties? In the Rugby World Cup 2015 Statistical Report (RWC SR 2015), there was on average 22 penalties/game. 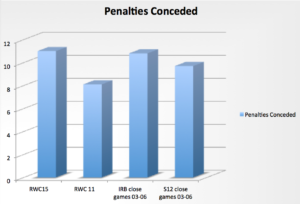 If you’re inside the range of 9-12, I’d suggest that giving away too many penalties isn’t a massive issue for you. Although, one stupid penalty, such as talking back to the ref, is one too many.

Initially, I’ll discuss from a scientific viewpoint, why giving away less penalties improves performance. I’ll then go on to describe how to apply it.
Sin bins according to the RWC SR 2015 match analysis, on average are worth 3 points for the duration of time that the binned players is off the pitch.
There was no mention of the impact post the sin bin period where the remaining 14 players had to work 6% harder on average during the duration and what impact the fatigue from that increased work load would have caused.
But clearly, sin bins have an obvious and statistically backed disadvantage to performance.

There is no evidence of winning teams conceding less penalties in numerous studies (Jones, 2004; Vaz 2010, World Rugby, 2016). Although, conceding penalties leads to yellow cards which as discussed above, leads to points, which obviously determines winning.
Another effect of conceding penalties is that it gives opportunities for the opposition to score points from penalty kicks at goal, a gain in territory with a kick to touch or my favourite, a quick tap.
This is reflected in Bishop & Barnes 2013 study that shows that penalties conceded between half way and your own 22m line are a significant indicator of winning. This is primarily due to giving the opposition the opportunity to kick points.

Now, if you were to give your players that information, you’d likely put them to sleep or possibly confuse them. But similarly, you want to make them understand why giving away penalties is harmful to your performance.
A quote that strongly resonates with me is “stats and data change minds, story telling creates change”.
What you want to do with stats is create a story in it. If you were to show a player a table of numbers(or stat sheet/matrix) it is likely to have very little impact on what they think or do, so a suggestion of mine when displaying statistics to someone is to make an infograph as illustrated below. 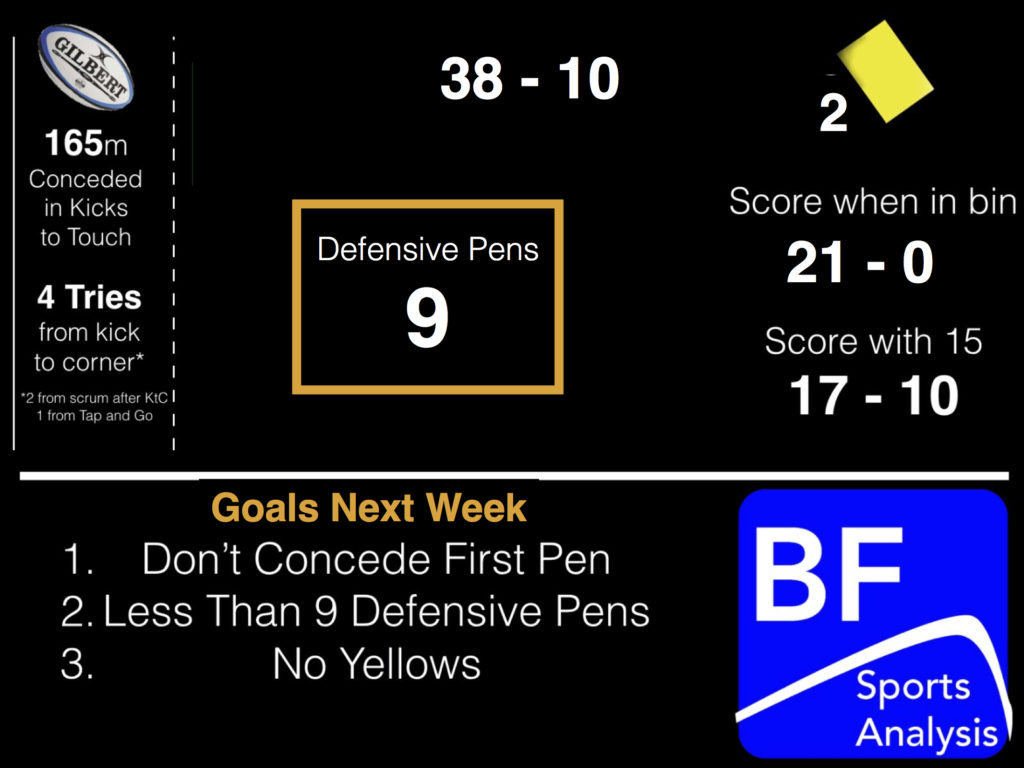 This infograph tells the story of the impact of giving away penalties. It is simple to read, key figures given prominence with sample objectives outlined.
The reason story telling works is because it is impactful. Another way to increase impact, is to increase stimuli.
Adding a video alongside this infograph is an example of doing this.
If you’re worried about isolating one of your own players, you can often get your message across using clips from international games that, for a lot of people, carry a similar emotional attachment.

What you will have created now is a motivation to change, there will be an understanding of the detrimental impact that poor discipline causes. From here, you need to create a clear understanding of what that change looks like.
Clear understanding would mean; no back chat to the ref, not competing at the breakdown or giving an extra half meter for offside. What you want to finish up here with is a few goals. Don’t give away the first penalty, no yellow cards or only x% amount of competes at the breakdown.
Now that you’ve created a motivation to change, and understanding of what that change looks like. You now want to enhance the motivation to achieve that change.
You can do this through player ownership by letting them come up with goals, or another way is through giving an incentive. A prize for someone who doesn’t give away pens, a punishment dice roll for someone who gets a yellow card. This is your and the players opportunity to get inventive.
so summarising all that

Hopefully this article will give you some food for thought and ideas to implement to create change. Maybe your problem isn’t penalties but you can still apply the above process to a different element of the game.
If you give this a go, I’d be very interested to hear the results and what processes you took. If you have any thoughts on this article, feel free to send me an email on bfitzpatrick@bfsportsanalysis.com