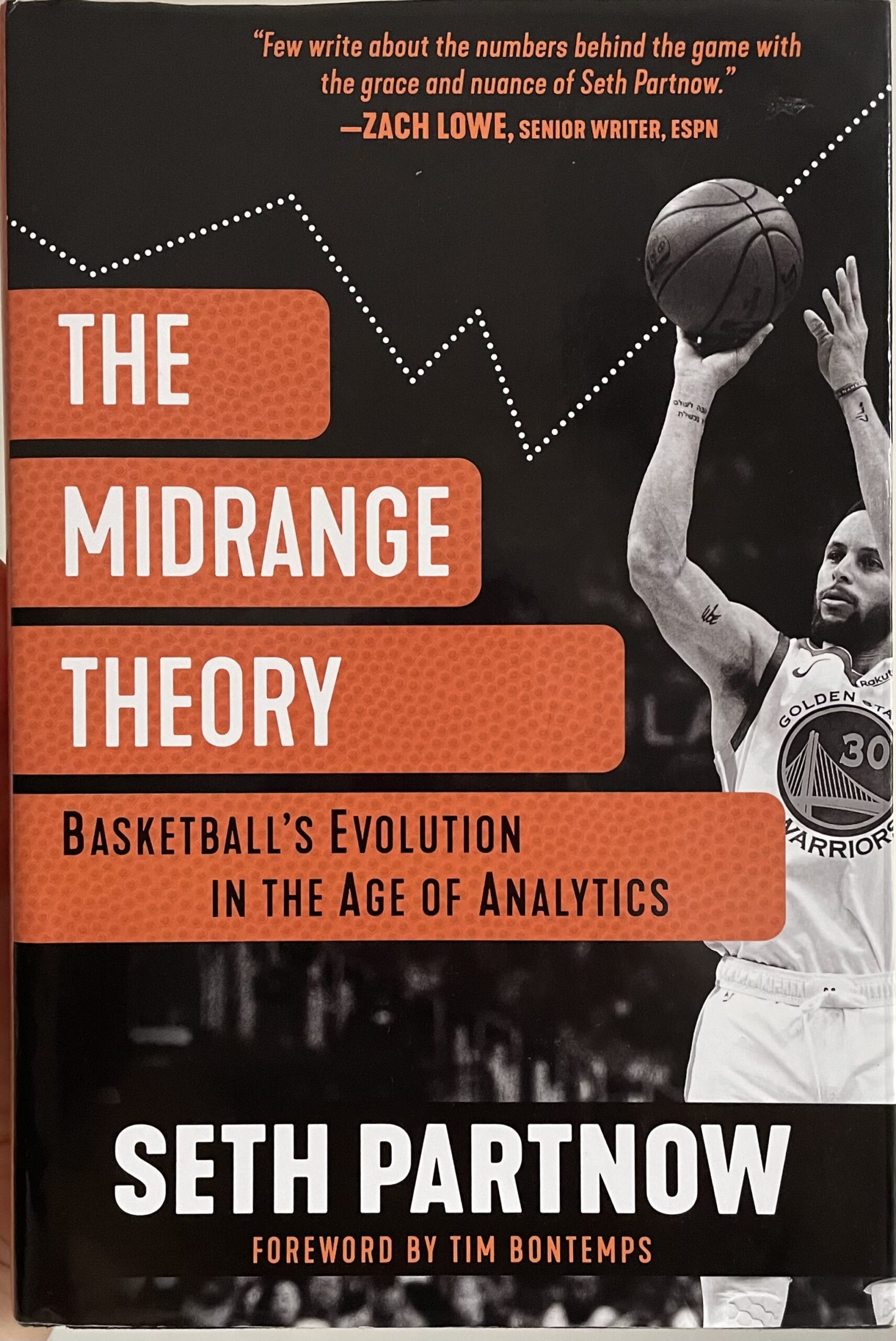 The Midrange Theory: Basketball’s Evolution in the Age of Analytics

Seth Partnow is an NBA Analyst for The Athletic and the Director of Sport for Statsbomb. From 2016 to 2019 he was director of Basketball Research with the Milwaukee Bucks.

This book is a book for sports analysts. It goes into a lot of depth on how and why analytics are done the way they are done in the NBA, discussing the current and future limitations, as well as the day to day life in the office of the analytics department.

There is certainly a large percentage of this book that would be interesting for a basketball fan where the author describes both analytics but reflects those back into a story of a trade deal or player development where the basketball fan could relate.

This book discusses the evolution in basketball analytics over the last number of years. They why behind the increase in 3 points shooting, how this has then impacted recruitment, what actually goes on in the office preparing for finals and drafts.

There are also elements of approaching and using analytics such as Goodhart’s law.

The book’s first chapter concludes with an interesting quote from Voros McCracken from the 2018 Sloan conference. “My job is not statistics, technology or analytics. My job is baseball.“. Which fits this book quite well despite the different sport.

I took lots of ideas from the recruitment section where US sports are firmly ahead in sports analysis. This book certainly transcends better than any previous sports analytics book the link between those numbers and ultimately how that translates to trade deals and draft picks with a much clearer picture of the office rather than just spreadsheet. The author quotes real trades and draft picks and can describe the theories behind them.

There is also plenty to take from a game strategy development point of view.

The book concluded with what’s next for basketball analytics which was hugely interesting to just compare how much further basketball has to go and how they see themselves as behind baseball and even American football in a lot of ways. Traditional European sports still seem a lot further behind both in terms of approach and vision.

There is plenty of variety in the book so there was plenty more little things to learn.

As a sports analyst. Yes. There is plenty of vision and ideas to be gleamed from this book from a guy who has been there and done that.

Basketball fans will enjoy this book as well describing the evolution of tactics, in-game and recruitment strategies.

I wouldn’t describe it as a light read for anyone looking for a light introduction to sports analytics and is unfamiliar with Basketball.

Have a look at our other book reviews.